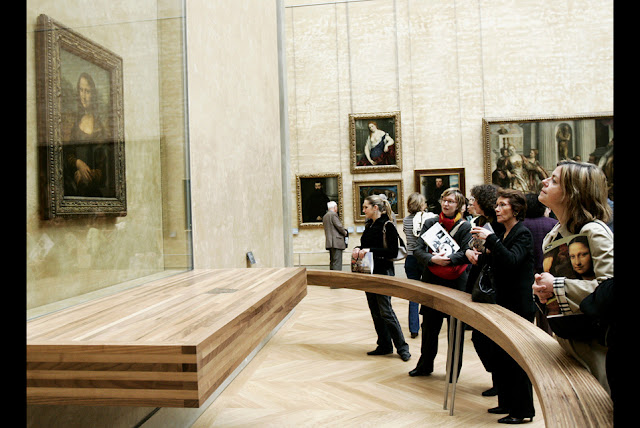 Yesterday, Tuesday, April 5, 2011, Italian researchers unveiled a plan to dig up bones in a Florence convent in hopes of identifying the remains of a Renaissance woman believed to be the model for the Mona Lisa. The researchers, led by art historian Silvano Vinceti, hope that the project can answer the mysteries surrounding Leonardo da Vinci's painting, including whether the Florentine woman Lisa Gherardini, was the model. The excavations in the Convent of St. Ursula, in central Florence are scheduled to begin at the end of April.
Lisa Gherardini was the wife of a rich silk merchant named Francesco del Giocondo. Tradition has linked Gherardini to the painting, which is known in Italian as "La Gioconda" and in French as "La Joconde." Giorgio Vasari, a 16th-century biographer of Leonardo, wrote that da Vinci had painted a portrait of del Giocondo's wife.
Historian Silvano Vinceti cited documents showing that the Giocondo family made generous donations to the convent, and said the merchant’s will arranged for his wife's remains to be kept in the convent. Lisa's birthdate is known to be June 15, 1479. A few years ago, an amateur Italian historian apparently found a death certificate showing that Lisa Gherardini died on July 15, 1542, with her final resting place being the Convent of St. Ursula in central Florence.
Okay, enough said. It seems we know who the model for the Mona Lisa is and who paid for it. We know when she was born, when she died and where she’s buried. Vasari seals the connection. I’m content. But that’s not enough for Silvano Vincenti, the media-savvy art researcher is known as a bit of a showboater and he wants to take the research futher, much further.
Vinceti uses forensic methods in his art history. His group has already identified the bones of Italian poets Dante and Petrarch and those of Caravaggio, discovering a possible cause of death for the painter.
With poor old Mona Lisa, the researchers will first use ground-penetration radar to search for hidden tombs inside the convent. Then, they’ll  search the bones to identify ones that are compatible with Signora Gherardini's; bones of a woman about 60.
If such bones are identified, up they come. Researchers will conduct carbon dating and try to extract DNA, to compare it with the  bones of Gherardini's children, some of whom are buried in a basilica also in Florence ( I guess that means more exhumations). Finally, if well-preserved skull fragments are found, the researchers might attempt a facial reconstruction. Apparently this step will be crucial to ascertain whether Gherardini was the model for the Mona Lisa and thus the owner of that “famous smile.” Oh Mona Lisa, you cold and lonely, lovely work of art, it was your teeth, wasn’t it?  My dentist believes Mona is keeping her lip buttoned because of decaying, yellow teeth. Everyone had decaying, yellow teeth back then. No Renaissance portrait shows a full set of choppers.  Mona Lisa does have that enigmatic smile, but then again very many of Leo’s subjects have that cute little moue and we’re not busy surmising what secrets they’re keeping. 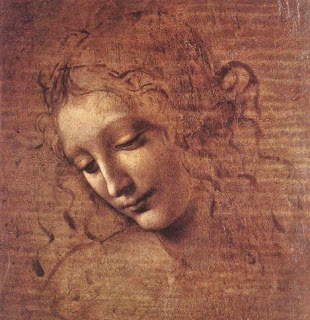 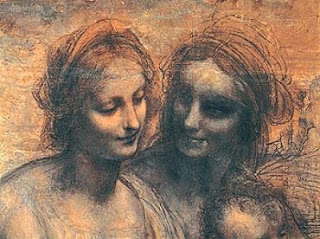 Vinceti contradicts himself. In January of this year he announced the theory that Gian Giacomo Caprotti, Da Vinci’s male apprentice and ambigious long-time companion was the main influence and the model for the Mona Lisa. (Please check out Caprotti as the model for John the Baptiste, and Angel Incarnate). Vinceti goes on to say that “The Mona Lisa must be read at various levels, not just as a portrait," and he has also said the artwork is likely not the physical portrait of one single model, but the result of several influences. So what is it that he’s trying to prove? And there is the theory that the Mona Lisa is really a secret self portrait of Leonardo himself. 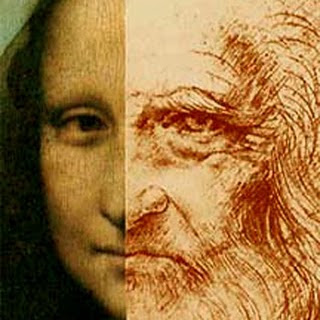 If successful, Vinceti’s research may help ascertain the identity of the woman depicted in Leonardo da Vinci's masterpiece but so what? I say this has little to add to my appreciation of the art. Leave her alone.


With files from AP
top photo AP/Francois Mori
Posted by The Clever Pup at 12:10 PM

Email ThisBlogThis!Share to TwitterShare to FacebookShare to Pinterest
Labels: Artist's Models, The Gallery, The History Lesson, The Time Machine

Oh, this is incredibly interesting. As you know, I've been all about the Mona Lisa lately. As much as I respect the dead, I am all about bones and stones and mystery solving. I would like to see what they might come up with.

I agree C-Pup. This plan is wrong at so many levels.

It's a disgrace that he has been able to press on with it to this degree.

Is no dignity allowed. Is there no appreciation for the mystery of such a piece.

I agree with you 100%! (And I love that you mentioned your dentist's take on the painting - ha!)

I think that the obsession with the "Mona Lisa" is so ridiculous - but I also don't think it's that fantastic of a painting. It a nice work of art (don't get me wrong!), but it's not worth all of this drama. And going to the extreme of exhuming a body? Oh brother!

I'm with the Pup. Leave her/them be and may she/they rest in peace. Oh, and let me guess: they're planning to do this after Easter (resurrection) and hence the hype, now? Egads.

Interesting post, CP, I had no idea this was going on. Sometimes I think I would have loved to have been an archeologist, but I think the weight of what I couldn't find out would have driven me nuts. I'm waiting til they invent a time machine instead, hee hee!

I always bought the theory that Mona Lisa was a self-portrait.

not sure of the value of digging up the past this way; surprised the Italians would tolerate it.