Georges Melies - The Inspiration for Hugo

I first posted this story 2 years ago. I've just returned from seeing Martin Scorsese's Hugo and I hadn't realized that the film was so closely tied with the story of the real Georges Méliès. Here's a synopsis of Méliès life. Please enjoy the accompanying films. 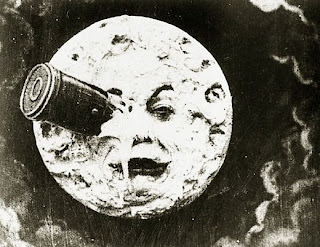 Many of us have seen a clip of the ancient film where the poor Man in the Moon gets smacked in the face by a rocket. Georges Méliès, born in Paris in 1861 is responsible for that early film and as a film maker Méliès was the first to utilize cinema's potential to tell magical stories. 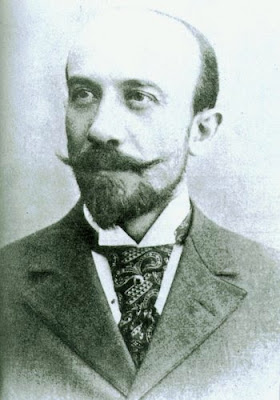 Méliès was an illusionist by trade. Before making films he was a stage magician at the Theatre Robert-Houdin (how wonderful).

In 1895, after seeing a demonstration of the Lumière brothers' camera, he became interested in film. Two years later he established his own studio.

From his rooftop property in Montreuil, Méliès directed 531 films ranging from 1 minute in length to 40 minutes. These early films are similar to the magic tricks that Méliès had been performing on stage featuring disappearing objects or people. Despite this, Georges Méliès revolutionized early cinema. Although many of Méliès’s early films were devoid of plot, his special effects and storyboards became fundamental aspects of filmmaking. His films were even pirated!

He wrote, directed and acted in nearly all of his films. His most widely-known film is 1902’s A Trip to the Moon (Le voyage dans la Lune) includes the celebrated scene mentioned above in which the rocket-ship hits the Man in the Moon.

However, Méliès, the poor guy, could not compete with the larger studios like Pathé (who eventually bought him out) and he spent his last years selling toys in a boutique in Paris’s Montparnasse train station.

Méliès did not grasp the value of his films, and he allowed most of his film stock to be melted down into boot heels during World War I. Many of his films were recycled into new film and as a result much of his legacy does not exist today. Luckily, a copy of Méliès's 1899 short film Cleopatra, believed to be lost, was discovered in Paris in 2005.

The importance of his work was recognized in the years prior to his death. In 1932 the Cinema Society gave Méliès a home in Château d'Orly where he died in 1938. 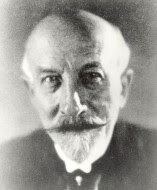